In our interview two months ago, Feinstein urged his countrymen to “take to the streets”. He believes concerted action by civil society is the only way to stop political insiders driving through a deal with Russia that’s certain to bankrupt the country. Resistance to the plan is gaining momentum with two NGOs yesterday finalising their answering affidavit in a a court action against the Government. They also joined with the spectacularly successful anti-etolls movement OUTA to produce the embedded video which unpacks the realities of what the Zuma Administration wants to visit upon South Africa. Watch it. Or be prepared to repent at leisure. – Alec Hogg

22nd September 2014: South Africa’s Minister of Energy, Tina Joemat-Pettersson signed a Russian intergovernmental agreement on strategic partnership and nuclear cooperation, in secret. This contract is binding for 20 years and paves the way for Rosatom to build nuclear facilities in South Africa.

Rosatom is a state-owned Russian company, just like Eskom is controlled by the Government of South African and also, notorious for mismanagement and tardiness in delivery. Internationally, the nuclear deal was revealed to the public for the first time when published on the Rosatom website and announced by the Russian media in September 2014. They retracted their statement in 2015, calling it a ‘public relations mistake’. However, Rosatom’s 2014 annual report on their website tells a different story. 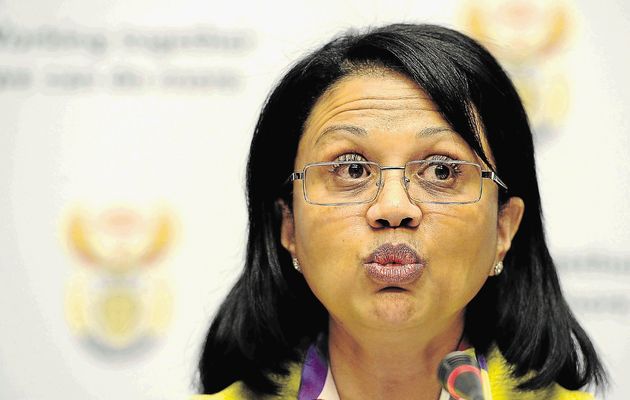 According to SA Government records, the state law advisor recommended that this agreement should be tabled for discussion in and approval by Parliament under Section 231.2. However, Minister Joemat-Pettersson tabled it in terms of Section 231.3, thereby sidestepping parliamentary debate and approval.

Why did she choose to act against this advice? Who knew about this deal? The National Executive, the President of the Company, and the Cabinet certainly knew about it when they allegedly approved it on the 9th of December 2015.

Why was Parliament and therefore, the public, kept in the dark?

The first time the South African public heard that the country was definitely going nuclear was on 21st of December 2015. On this day, the Government newspaper confirmed that the Minister had approved the procurement of nuclear energy. Government’s own documents clearly show that the previous Minister of Energy (Ben Martins) had already signed the determination to procure nuclear energy on 11th of November 2013. When confronted about his signature, Minister Martins denied that this was discussed with him.

So when did the Government approve this? Somewhere between the firing of Nhlanhla Nene on SA’s fateful D-Day, 9/12/2015 and Des van Rooyen’s weekend as Minister of Finance and the reappointment of Pravin Gordhan. Note that both Gordhan and Nene were adamant that SA cannot afford this nuclear deal.

It has been suggested that Nene’s dismissal is linked to his opposition to a number of deals, including the nuclear deal. His irrational dismissal and replacement with the unknown backbencher, van Rooyen (later reported to be a Gupta favourite) has cost the country billions of Rands in investment and negatively impacted on our international credit rating.

If this is true, the nuclear deal has indirectly already cost South Africa billions of Rands. It has further been suggested that the Gupta family’s purchase of a uranium mine round about the same time, could possibly also be linked to the nuclear contract.

Government’s ambition is an extra 9.6GW of nuclear power. The Department of Energy has been appointed to purchase and Eskom to own and operate the nuclear power plants.

On the one hand, we have Minister Joemat-Pettersson saying, “We will only implement what our country can afford. The process is above board and free from any potential for corruption. We will not rush the process and will meet all the necessary national and international requirements for the new build process.” Yet, the World Nuclear Association recently published that eight nuclear reactors have already been ordered for Thyspunt, an area in the Eastern Capebetween Cape St. Francis and Oyster Bay.

The area is described as the Coastal Cradle of Humankind. Do not be fooled that this deal is about job creation in South Africa. It is all about money, flowing offshore.

Alexander Merton, President of Rosatom International Network explicitly states that foreign currency revenue makes up 50% of Rosatom’s total revenue. The goal is to strengthen Russia’s global position. Since the Russian Ruble is weakening, every Dollar earned is important for Russia. According to the World Nuclear Association, Russia’s GDP gains two Rubles for every one Ruble invested in building nuclear power plants abroad last year as well as enhanced trade.

It is clear that Russia will benefit and not South Africa.

What about the additional energy? Do we really need it? Solar potential is vast compared to the energy reserves of the planet. The deployable potential of solar is larger than all other energy resources combined – both renewable and finite. Internationally, the demand for energy from finite sources like coal, uranium, petroleum, and natural gas has declined. Nuclear reactors were taken offline in countries like the U.S.. and Sweden due to the high cost. More and more people are converting to green and low energy solutions and there has been an massive swell in utilising renewable sources like solar, tidal, and geothermal etcetera.

Independent power producers that use green technology such as wind and solar, are rapidly increasing and businesses and houses are going off the grid. Technology is developing to fast and becoming cheaper so there is little need for nuclear power.

Energy expert Anton Eberhard agrees with us and says, “We have already ordered more power than what we will need by 2030. The new Eskom, Medupi and Kusile coal power stations will add 9.6GW. The Ingula pumped storage scheme – 1.6GW. Two peaking power stations (Dedisa and Avon), ordered by the Department of Energy, will add 1GW. Together, these power procurements exceed what we will need in the next 15 years.

Eberhard proposes that South Africa should avoid locking in mega-capital, intensive power projects. These have risks of cost overruns and long and uncertain build times, and we should rather adopt dynamic and flexible electricity planning.

Is nuclear really cheaper? No, say experts at a recent international conference held in Paris. The conference addressed the challenge of financing nuclear energy in the 21st century. Findings were based on the analyses of more than 180 plants in 22 countries. The results clearly show that there is no economic case to be made for procuring the full 9.6GW of nuclear power by 2030.

Dawie Roodt, South African Economist of the Year is pro-nuclear although he has serious concerns about its economic impact.

“We don’t even need a deal like this to sink the South African economy. We are already in seriously deep trouble. If you add this to the economy, I’m afraid it’s going to be fatal. This nuclear deal cannot happen now. You cannot enter into an agreement with anybody else at this stage because there’s too much homework that we need to complete first.”

This is the amount of debt that South Africa currently has and when we borrow money for the nuclear deal from Russia and other countries, this is how much we will owe. This will be our reality. This nuclear deal with sink our country unless we stop it. Let’s show you how.

Yesterday, civil society finalised their replying affidavit in the last steps of a drawn out legal challenge to the government’s nuclear deal.  “The next step is to set a court date” stated SAFCEI spokesperson, Liziwe McDaid, “and let’s see justice prevail for the people of South Africa”.

Earthlife Africa Johannesburg, and SAFCEI have prepared a replying affidavit which responds to the government’s 400 page answering affidavit, reiterating their key points of argument.  “Government appears to rely on outdated information and media statements to back up its claims that there is nothing wrong with the nuclear deal” stated ELA’s deponent, Ms Makoma Lekalala.

Earthlife and SAFCEI contend that this case is about the requirements for lawful, procedurally fair, rational, statutory and constitutional decision making, in relation to the particular decision by the South Africa government to procure nuclear power under a specific legislative scheme.

Earthlife Africa and SAFCEI outline in their papers how non transparent the process around the nuclear procurement has been.  The section 34 determination to procure nuclear energy was taken in 2013 and kept secret until gazetted in December 2015.

In another instance of non-transparency, the legal team acting for ELA and SAFCEI found reference to a number of documents that had not been provided.

The legal team requested them, and the majority were refused, with government claiming that “certain of the documents were not referred to in the answering affidavit (when they clearly are), yet they, inconsistently, claimed that these self-same documents were privileged given their contents. This of course demonstrates that these documents were clearly referred to in the affidavit, were able to be identified, and are in the respondents’ possession, since the respondents had considered these documents and had, based on their contents, sought to claim privilege over them.”

Further evidence of secrecy is the government’s legal response relies heavily on media statements to justify their actions, failing to provide minutes of meetings or correspondence that might indicate a rational decision-making process.

Government’s slow response to the court challenge (the founding affidavit was launched on 15th October 2015, and the government only provided their answering affidavit, after being served with a section 30A notice, on about 7thJune 2016) must be contrasted with the  government’s steaming ahead with the procurement process.

The Minister has indicated to parliament that she is going ahead issuing a request for proposals for the procurement of nuclear power by the 30thSeptember.  “Given the massive state financial resources that will be tied up in this nuclear deal, we would think that the public interest would be best served by delaying the nuclear deal until the courts have ruled,” stated ELA’s Lekalala.

“This stereotype ostrich like behaviour of ignoring things you don’t like, seems to indicate that government is prepared to bypass any legal process, in its desperation to push this deal through, and reach a point of fait accompli”, stated Liziwe McDaid, spokesperson for SAFCEI, “ “Such behaviour is not rational and cannot be in the country’s best interest”.