Business has key role in selling SA to world 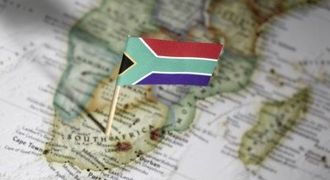 ONCE upon a time there was an organisation called the SA Foundation. It was a voice of big business in the apartheid era and it spoke in markets SA then considered particularly important. It had offices in London, Paris, Bonn and Washington. Its representatives in those capitals — at least the ones I came to know as Business Day’s Washington correspondent — were cultivated, well-connected men who spoke confidently and credibly to captains of industry, policy makers and shapers of public opinion abroad and to those with ears to hear back home.

Yes, they lobbied against sanctions and disinvestment, but they did so independent of the government. These were no apologists for a wicked system but they did take the unfashionable view that gumming up the economic engines of change was not the best way to go about ending it. What they wanted the world to understand was that, as dire as things looked, SA had the resources to transcend the beastliness of apartheid, and that the centre would hold.

After 1994, the foundation’s corporate underwriters closed its international offices and rebranded the organisation as Business Leadership SA.

The source of SA’s reputational problems today is obviously very different from what it was when the foundation was doing its thing. What is constant, however, is concern about the country’s economic health. SA now, as then, is highly dependent on foreign savings and therefore foreign sentiment.

To what extent are our present problems cyclical or structural? To the extent that they are structural, what are the chances of their being resolved? Does the government have a workable plan and, if so, is it realistic to suppose that it will be implemented? Not only do the answers to these questions need to be good, they need to be communicated convincingly to and by the right people.

As Finance Minister Nhlanhla Nene’s medium-term budget policy documents have made glaringly clear, government spending is on an unsustainable trajectory. The rating agencies are watching to see whether the government has the will to win the battles that have to be won if expenditure growth is to be tamed and economic growth reignited. What is encouraging is the government’s recognition that these things can’t be achieved by the state alone and that if the National Development Plan’s targets are to be met, the private sector will have to do a lot of the heavy lifting.

South African CEOs who spoke at the JSE’s SA Tomorrow investor conference in New York last month said they were impressed by the government’s new stance. “There’s a reaching out from government that I haven’t seen in 20 years of engaging with them,” said Imperial Holdings’s Mark Lamberti.

Kristin Lindow, the lead SA analyst at rating agency Moody’s, said she was also hearing about “the impressive ways in which government is reaching out to business”. The conversation was substantive, said Old Mutual’s Ralph Mupita, especially on deepening domestic savings and using them for infrastructure development. “The dialogue with government has never been higher around the nitty-gritty details.”

Standard Bank’s Sim Tshabalala said: “We know what the impediments to a faster growth rate are and we are all agreed.”  The Treasury sees growth clawing back to 3% by 2017. Tshabalala thought that was on the low side if transport infrastructure and power projects now in the pipeline were delivered on budget and on time.

These are messages and messengers that SA needs global markets and those who influence them to be hearing loud and clear on a consistent basis, not just at the occasional road show.

“One of the greatest reasons for optimism is that South Africans have built world-class businesses,” Lamberti said. “There’s a raw and vibrant entrepreneurial culture.”

He’s right. We routinely get top marks in global rankings for our banking system, stock exchange, corporate governance and the level of protection afforded investors, all of which betokens a strong and sophisticated private sector.

It’s a private sector with a powerful interest in seeing that the country’s story is properly told. The trouble with state-run marketing is that it is too easily dismissed as propaganda by audiences whose judgment counts. In a time of fiscal triage, the government needs to focus on getting value for its rand. Might it not be time to revisit the SA Foundation model?