The magnificent march of SA’s malls 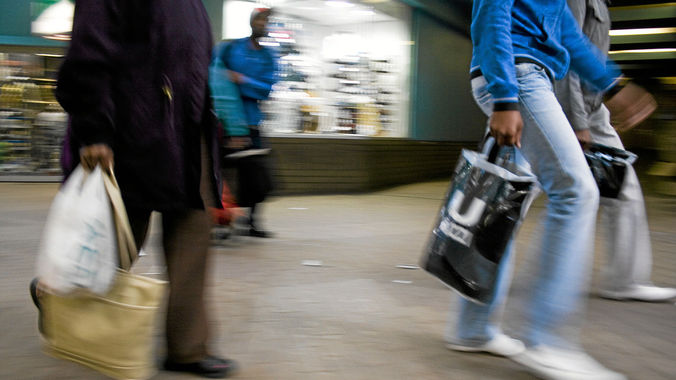 Men in hard hats and overalls were busying themselves in every nook and cranny of the Newtown Junction mall when it was launched last week.

Worth R1.4-billion, the 85 000m2 development was six years in the making and aims to play a major role in the rejuvenation of inner-city Johannesburg.

The centre is light and bright: professionals in suits and women in sky-high heels saunter past the modern piazza fountains. Inside, shopkeepers adjust mannequins that display the latest fashions. Retailers include Truworths, Foschini, Jet and Mr Price, and a Pick n Pay is already bringing in substantial foot traffic.

Its location at the junction of Newtown and Fordsburg is aimed at lower income groups although, as the mall matures, it is expected to increasingly attract people with more spending power. This will be helped by the centre’s mixed use areas, with 39 000m2 of four-star green-star office space, which houses 3 800 Nedbank staff.

Newtown Junction is one of many new shopping centres in South Africa – a fact that seems at odds with sluggish economic growth, rising costs and overburdened consumers.

Growth
The data says that malls are on the march and, at last count, there were 1 785 in South Africa, with 44% of the shopping centre space being in Gauteng.

A report by Dirk Prinsloo, the managing director of Urban Studies, which conducts feasibility studies for shopping centres, shows that the number of malls in South Africa is far higher than its emerging market peers, some of which have four times its population, and even outdoes that of some developed economies. The report, Benchmarking the South African Shopping Centre Industry: International and Local Trends, was commissioned by the South African Council of Shopping Centres in 2013.

In Brazil, with a population of 200-million, the number of shopping centres is near the 400 mark and, in Mexico (population 122-million), it is closer to 500.

South Africa has about one million square metres of shopping centre space currently under planning. On the rest of the continent it is 900 000m2.

The South African retail space market is so developed that, according to an AT Kearney 2012 Global Retail Development Index, it can no longer be listed as one of “the 30 developing countries” – the report concluded that the window of growth had closed.

Saturation
Concerns about shopping centre space reaching saturation have abounded for decades but the growth continues.

“We are seeing more and more shopping centres in rural areas and towns – and in Johannesburg it is not stopping,” said Elaine Wilson, the divisional director of research at the commercial property management company Broll.

Urban Studies is conducting new feasibility studies on shopping centres. “We are busy here and that is indicating two things,” Prinsloo said. “People are dusting off old plans that were put on the shelves in 2008 when the recession started … and there are other new opportunities where people move into the rural areas.”

The driver of retail space growth, experts agree, is the emerging middle class and urbanisation.

“The cake in South Africa is getting bigger,” Prinsloo said.

According to his research, South Africa is experiencing “unprecedented growth in urbanisation”, and is now 63% urbanised. That is expected to reach 68% by 2030, warranting up to two million square metres of additional retail floor space by 2025.

“As far as your convenience and neighbourhood centres are concerned, in some areas there is a certain level of saturation,” Prinsloo said. “But where you see most of your growth is in your regional centres and super-regional centres.”

Liberty Properties manages a handful of major malls, including Eastgate in Johannesburg, the Midlands Mall in KwaZulu-Natal, the Promenade in Cape Town and the largest shopping centre on the continent, Sandton City.

Its managing director, Maurice Mdlolo, said: “Most international retailers who want to come to the continent have identified South Africa as the gateway and Sandton as the first port of call.

“There is growth which is happening. In our observation, this growth is very much driven by the retailers. It’s very much a retailers’ market at the moment and they can dictate better rentals and expand into some of the spaces.

“The footfall [pedestrian traffic] in some cases has dropped, parking income is less than it was than a couple years ago, or even last year, but the turnover of spend per head is a lot more. So there are less people coming in but they spend more,” Mdlolo said.

Groundwork
To develop a successful shopping centre requires three things, according to Prinsloo: a good location, a big enough population to warrant development (or at least prospects for growth) and people with enough money to spend.

“Those things also determine who the tenants will be. If there are a lot of people and a lot of money, you will position your centre according to that market.”

Thereafter, especially in light of stiff competition, shopping centres have to be at the forefront with product prices, services, ambiance, layout and the like.

Mdlolo said that if a new shopping centre was developed in close proximity to Sandton, there was a danger that it would take some of the centre’s customers away. “We need to make sure we up our game. That is why we are always reinventing ourselves. The competition is always eating into our business.”

Dead malls
Many developers are also moving into greenfield projects – centres on the outskirts of cities where a lot of growth is expected.

“Those centres are really vulnerable because the threshold population in the area is not adequate yet. It’s all based on expected growth in future,” Prinsloo said.

But in a mall country like the United States, development has slowed and so-called “dead” malls have become commonplace as online shopping has stolen market share. In South Africa, it is not an imminent threat.

“In countries like the United Kingdom, about 15% of their retail turnover is spent online … In South Africa, it’s standing at about 1%, but it’s growing,” Prinsloo said.

In South Africa, often the culprits for dead malls are landlords who don’t take care of centres or upgrade them. Their fate is often to be turned into “China” malls, such as Highgate in Johannesburg and the Zambezi Mall in Tshwane.