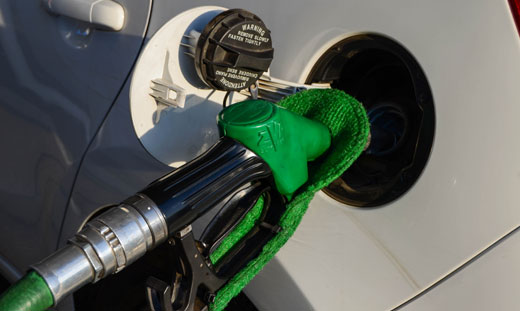 Cape Town – The government expects last week’s hike in the fuel levy to cover the monthly claim settlement costs of the embattled Road Accident Fund (RAF) with a little bit to spare, according to an answer provided to MPs by Transport Minister Dipuo Peters.

Asked by DA MP Manny de Freitas what funds are available for the remainder of the 2014/15 financial year to honour any RAF claims, the minister indicated that the fund does not have sufficient money to pay out all the claims for the last two months of the financial year – February and March.

But the funding picture is set to change with a hike in the RAF fuel levy announced in last week’s National Budget.

She pointed out that the Road Accident Fund Act provided that the RAF is funded by the fuel levy. “The RAF does not determine the fuel levy and therefore has no control over the income it receives to pay claims,” she said.

The February and March 2015 fuel levies, due on the 25th of each of those months amounted to about R1.8bn a month. This would be available to honour claims for the rest of the 2014/15 year, she pointed out. However, on average claims were some R2.5bn a month. This amounted to a R700m a month shortfall in revenue to match claim costs.

“With the fuel levy being R1.8bn a month, the monthly funding shortfall is R700m,” she said.

One of the ways to manage the shortfall is to prioritise the payment of “older claims” and trying to match that with “the availability of cash” to make the payments.

Last week Finance Minister Nhlanhla Nene announced a 50c hike in the fuel levy. The RAF said that it would receive 154c per litre instead of 104c per litre – or a 48% hike. This would generate R2.66bn a month – about R160m above the R2.5bn a month Peters reported to be the claims settlement ceiling on average in a month.

The RAF previously reported that at 104c a litre the RAF had generated about R21bn a year. It said the increase would translate into a further R10bn a year – taking the RAF’s total revenue to R31bn a year. The extra R10bn a year translates into extra revenue of about R833m a month, which should mean that in the future – if Peters’ estimates are correct – the fund will move in the right fiscal direction.

Peters, however, acknowledged that claims awaiting payment amount to R5.4bn. The higher levy could mean that that backlog would be paid off by between R130m and R160m a month.

Nene said in his budget speech that the RAF had an accumulated R98bn unfunded liability. He promised that legislation to be put to parliament this year would establish a new road accident benefit scheme “to provide for affordable… support for those injured in road accidents”.

Once that legislation was passed, the levy would be assigned to the new scheme, Nene said.