Cosatu to go ahead with march on Sanral offices 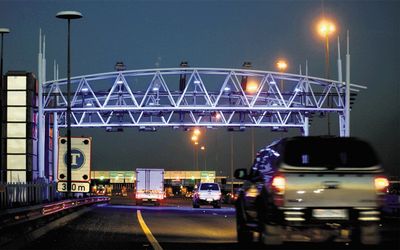 THE Congress of South African Trade Unions (Cosatu) in Gauteng resolved on Tuesday to press ahead with a march on the offices of the South African National Roads Agency Limited (Sanral).

Cosatu in the province intended the “handing in” of e-tolls bills, which could include the burning of e-tags and Sanral invoices, Cosatu provincial secretary Dumisani Dakile said on Tuesday.

In response to questions from citizens of the province over what they should do with the bills they received, Mr Dakile said they should hand them in to protest against the “stubborness” of management of the road’s agency and to put a point across to the Department of Transport. He was speaking at a Cosatu provincial shop stewards meeting in Johannesburg.

The provincial structure of SA’s largest labour federation has been a staunch opponent of the e-tolls system since its conception, and has previously called on motorist to burn their e-tags and bills.

However, the federation has been buoyed by a resolution of the African National Congress (ANC) in the province to push for a complete scrapping of the multibillion rand system aimed at recouping expenditure on upgrading the provincial highway system.

Cosatu had planned the march for October 18 and would include a drive-slow on provincial freeways.

Cosatu’s provincial shop stewards met on Tuesday to mark International Decent Work Day. At the event, Cosatu affiliates in the province pledged support for the march against Sanral, amid some reservations.

“E-tolls are not the holy cow, they are not untouchable,” newly elected ANC provincial chairman Paul Mashatile told the council. “You are not alone. The ANC also does not want these e-tolls”.

The panel review set up by Gauteng premier David Makhura should be supported to enable it to complete its work by November, he said.

“Come up with solutions that will satisfy our people,” he said.

SA’s unions are staging marches and pickets nationally. Cosatu in Gauteng plans to march on the offices of labour brokers later on Tuesday afternoon.