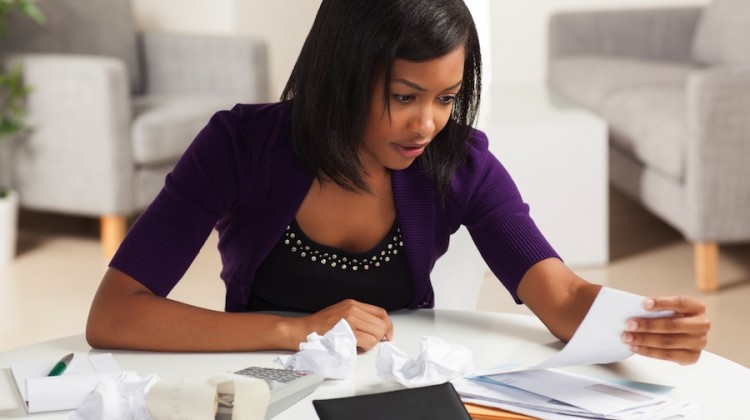 Struggling with debt and looking at borrowing? You’re not alone…

The latest Consumer Credit Index from TransUnion shows that while South African credit health has improved slightly, consumers are feeling the pressure and turning to urgent credit sources to keep afloat.

The CCI measures the state of South African consumer credit health, looking at the state of credit defaults, borrowing, cash flow and debt among citizens every quarter.

The group noted that in the second quarter of the year, there were fewer defaults on loans, with repayment being “remarkably resilient”, given the tough economic circumstances in the country.

However, across the other metrics, the story is not a good one.

According to TransUnion, there has been a marked increase in ‘distressed borrowing’ – turning to credit cards and store cards to make purchases – over the past three months.

“This measure has now been in a deteriorating trend for a year as households access credit to maintain living standards,” the group said.

This is further reflected by household cash flow data, which has also been on a weakening trend, and has now reached its lowest levels since the beginning of 2010.

According to the group, of the 56.4 million accounts measured in the index, 2% – or just over 1.05 million – are three months in arrears on repayments.

South African consumers have an estimated aggregate annual household disposable income at R1.95 trillion, 76.2% of which is estimated to be bank debt.

Related – Do you really need “stuff”

Get a firm grip on your income and debt – use the FREE Life Planner, it’s easy to use, easy to set-up and simple to maintain. no bank account details, no pin numbers, no security concerns, just the info you need to maintain a responsible budget .

DEBT – Are you drowning in it? You are not alone!