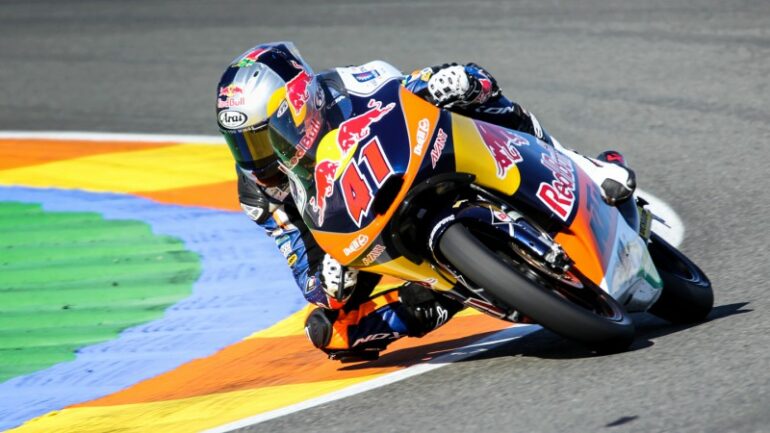 Monday Morning Inspiration: Brad Binder has been crowned the 2016 Moto3 champion after finishing second in a thrilling Aragon race, wrapping up the lightweight class crown with four races still to run.

The Red Bull KTM Ajo rider arrived at the Spanish venue needing a second place finish to be certain of sealing the title, with a lead of 106 points over nearest rival Enea Bastianini.

And that was the position that Binder took amid a pulsating four-way battle, missing out on a sixth victory of the season by just 0.030s from the Estrella Galicia Honda of Jorge Navarro.

“It doesn’t feel real yet,”

said Binder, who becomes the first South African to win a Grand Prix motorcycle title in any class since Jon Ekerold in 1980.

“The race was tough, it came down to the final lap. I knew where I had to be and I gave it a try, but I was so terrible in the final corner.

Today we lost the battle, but we won the war, so I’m really happy

Binder moves up to Moto2 next season with the new Ajo-run KTM effort, where he will partner former teammate Miguel Oliveira.