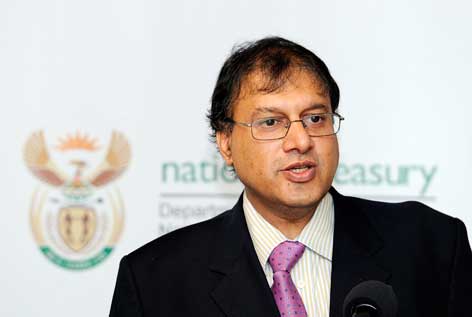 One this week applied for business rescue, slashing returns and leaving investors uncertain about the safety of their capital.

It’s a sign of worse to come as the National Treasury prepares to strike against those whose business models it regards as “predatory” and “parasitic.” Treasury wants to see a clamp-down on rates, charges and the process particularly law firms, which fall outside the current regulatory framework, follow in getting attachment and garnishee orders.

Microlender Bridge, which raises capital from small institutions and private investors, has called in business rescue practitioner George Nell in a bid to prevent the business going bust. Business Rescue is the equivalent of US bankruptcy protection and is intended to help troubled companies get back on their feet. In South Africa, where the concept is still under development, there are few success stories to date.

Bridge’s “guaranteed” 19% returns have been slashed to 6% and some 1200 yield-chasing investors, each of whom is believed to have committed at least R1 million to the scheme, will find out in about a month if their capital is secure. By then, Nell must either have filed a turnaround plan or set a liquidation process in motion.

The Treasury has been uncomfortable with the evolution of microlending for some time. It is particularly keen on eliminating schemes structured to avoid existing regulatory oversight and predicated on what it calls “poor market conduct practices”.

It wants the current process of garnishee and emolument attachment orders, backed up by ruthless debt-collection practices, outlawed. The imminent introduction of the “Twin Peaks” regulatory system will give the Reserve Bank overall responsibility for banking and insurance regulation, while the Financial Services Board will be replaced by a new body to regulate market conduct.

This will give authorities greater power over a broader swathe of financial service providers, including those that operate as law firms and currently fall outside the regulatory net.

The approach to regulatory supervision is also changing to monitor and respond to risks in the system and to be able to act pre-emptively to crises.

Treasury deputy DG Ismail Momoniat says business models such as those operated by Bridge and erstwhile stable-mate Cambist, which continues to offer market-defying returns of 19.5% to clients who buy up parcels of debt, which are then collected on their behalf, should not have been allowed to grow the way they have. Twin Peaks, he says, will allow the treasury to take greater “intrusive action” against firms that promise stellar returns on business models it finds to be predatory.

Cambist this week distanced itself from the woes of Bridge. Cambist markets itself as a “product” of One Law, a firm run by Bridge Group founder Cornelius Aldum. His son, Emile, is CEO of Bridge. One Law is at pains to point out that since criticism emerged of its cross holdings and cross directorships between itself, Bridge and Cambist three years ago, it has restructured to address those concerns.

One Law has expertise in tracking debt defaulters. They use the law firm Flemix and Associates to secure garnishee orders on their behalf. Flemix and Associates was previously Coombe and Associates, run by Clifford Coombe, who is listed on a Bridge Loans letterhead as a director of Bridge. He has recently operated as a spokesman for that business.

Cambist, in turn, sources some of the debt it sells to clients from Experato, a division of Bridge, while Flemix, formerly Coombe, is its primary firm to get garnishee orders processed. Confusing, isn’t it?

Garnishee orders have been in the spotlight since the Marikana tragedy, when mineworkers disclosed the impact of the practice of microlending and debt collection strategies on their take-home pay. Former AngloGold Ashanti CEO Bobby Godsell famously stated late last year that if he were a mine manager he would refuse to carry out garnishee orders.

The reliance on employers to do the debt collectors’ dirty work on their behalf is one of the issues that has contributed to the scourge of reckless lending. Lenders might be more circumspect about the loans they granted if it was harder for them to collect.

Momoniat said: “We need to regulate on the basis of the financial activity performed rather than the institution that performs it, and not allow a legal firm to be exempt from the regulatory system, as is the case now for law firms acting as debt-collectors.”