Since arriving in the UK more than two decades back, Reg Bamford’s Sable International has helped thousands of fellow South Africans set themselves up in his new homeland.But the London-based emigration expert offers some honest and rather direct advice for those considering following in his own footsteps: Don’t.

In this interview at his London HQ yesterday he unpacked some better ways for would-be emigres to achieving the real objective, which for many is to ensure better opportunities for their children. – Alec Hogg

I’m with Reg Bamford and he is the founder and chief executive of the Sable Group. We’re here to talk about what you’re seeing in your business and it really is helping South Africans, but people from anywhere in the world to migrate. Are you seeing, given the chaos that’s going on in South Africa at the moment that there’s been an uptake?

Yes, it’s very bittersweet for us because you know we’re very proud South Africans and we want to see the country do well, but the problem right now is, the news emanating out of the country and all the stuff that’s happening, there are some dumb things been done in the country.

I mean there are some really bad things happening at all the campuses and unfortunately, or fortunately that benefits our business because we are here to help people internationalise themselves and their wealth and their business, so anyone who is in South Africa who is looking to sort of externalise their wealth or even their family, we are there to help them.

Are you finding that given the ructions that we’re seeing in South Africa of late, that your business is starting to reflect that?

We will always argue that a decision to move you and your family and kids out of South Africa is a very big decision and it’s a very difficult decision and from a financial perspective it sometimes doesn’t make sense.

There are several things that I think people should bear in mind, because the grass is not always greener on the other side.

First of all, I think if you are simply looking at it from a property transaction, you’re going to sell your house in South Africa and let’s say you have a nice house, it’s R4m or R5m worth of house, well that’s going to get you about £200 000, £250 000 worth of property here.

That is a two-bedroomed house with no garden down in Tooting. Now that is a big shock, so just from a property transaction you’re behind the eight ball.

So you have the cost of the move and then I think if you start thinking about schooling your children, you are going to take your kid or kids out of probably quite a good school in South Africa. There’s nothing wrong with the school system back there.

Then finally we would say that I think that it takes you several years to start earning the sort of sum of money as a salary here that you would be expecting in South Africa, so I think that you take a knock financially from a salary perspective.

Now if you put all those things together, people have to be very clear as to why they are leaving South Africa. Sure, there might be some very emotional reasons, perhaps they’ve been held up or whatever it is, but if it’s around your kids, we think that there’s another solution for you and you don’t have to physically move the whole family out of South Africa.

We actually think that there’s another solution available to you.

Okay, talk to me.

Well, we still think that the school systems back home are great. So what we say is continue your career down in South Africa. You don’t have to take a backward step.

Continue living in this great house that you’ve got and send your kids to the great school that they’re currently going to, but you can look at international options for them at university.

Now there’s a student visa that the UK offers and if you start preparing yourself financially for the cost of that, you don’t have to physically relocate just to send your kid to a university here. We have a package, which starts people on that journey of saving financially for it and it basically means that the kid or kids can get a student visa at a reasonably good UK university, a three-year degree.

There are two more points that I would make. The first is that if someone becomes a citizen in that manner then their kids, wherever they’re born in the world, their kids, so the grandchildren of this family that I’ve just been talking about, their grandchildren will be British citizens and that’s a fantastic gift to bestow on your kids and your grandkids. 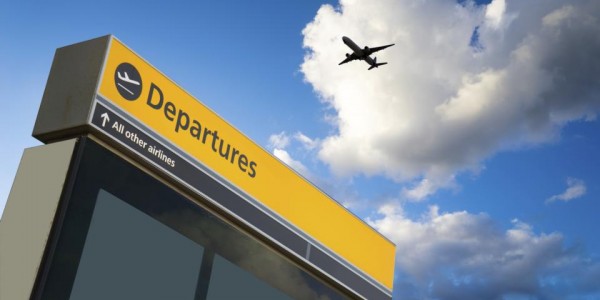 If you were to buy British citizenship, if it was available on the open market say, what do you think it would be worth?

You know some people would argue that it’s actually priceless. I don’t know, but I think that’s a very attractive alternative to this real conundrum that a family is facing right now, is the wrench of having to relocate and to pack everything in, I think is a very difficult decision.

I think it’s easier if you’re a sort of 30-year old, but I think once you’ve hit your forties, I think that’s a very difficult decision as South African to make.

So Reg, you’re saying South Africans who are thinking of emigrating for their children’s sake, don’t.

So there are alternatives. In other words, you don’t have to pack up the whole lot, go through all the emotional trauma. If you think about it rationally you can contribute or continue to contribute to South Africa, but achieve your objective.

Absolutely, and I think people should not underestimate how difficult it is to find a job here and to start earning the sums of money that you are probably used to back home.

The final piece of the puzzle is that after the five or ten years that the kid has been here, got their degree and perhaps naturalised as a British citizen, there are ways in which one can internationalise your earnings and it’s actually a product that we have for those people who perhaps want to retire.

You can go to Portugal and you can apply for a tax free status and if you can structure you earnings, so that it’s not salary-based anymore, it’s either a pension or it’s interest or it’s dividends, you’re able to earn tax free for ten years with the benefit of being much closer to your kids and grandkids here in the UK. 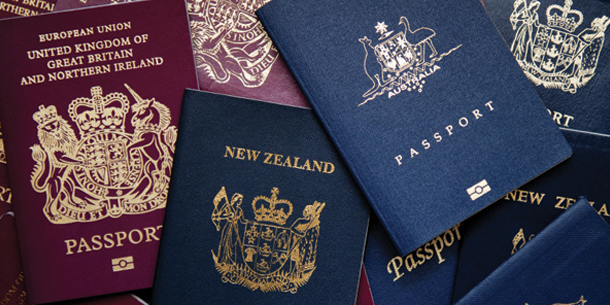 It sounds to me like there are various different ways that one can address the objective that you might have if you’re concerned about South Africa’s future, you’re concerned about the way that maybe crime and violence are going without packing your bags, getting on aeroplane and going and living in Tooting.

I think it’s just such a huge decision to relocate up there. It’s far easier to do it when you are just out of school or just out of university or you’re just kind of starting out, but I think once you put those deep roots in, you have a reasonably good job, you have your house and you have your mortgage and you have your lifestyle, we are finding people find it very difficult to actually relocate at that point in their lives because they have to take a backward step.

There are lots of South Africans in London, it’s crawling with them. Do you think these are all people who didn’t think it through or might there be other reasons?

Look, I suspect it’s crawling with South Africans because they’ve been here five or ten or 15 years and they could easily have come over on that old two-year working holiday visa or they’ve perhaps come over on an ancestry visa, but they haven’t necessarily had to bring their kids over.

You know they’ve come over at a stage in their lives when it’s actually reasonably easy to relocate. I think once you hit your forties and fifties, it’s very expensive and it’s a very emotional decision, I think it’s quite difficult.

That’s actually the paradox of this service that we’ve got. So look, there are a whole bunch that suit those people that do want to come over. We have a very innovative solution for those who want to come over on the tier one visa, where they can actually buy a business here in the UK.

It then gives them an income from day one and of course there’s the ancestry visa if you have a UK-born grandparent or a spousal visa if you’re married to a British citizen but it all depends on what your objectives are.

If you as the family want to relocate, absolutely fine, you know we can help you there, but if it’s just for your kids, we say “Hang on, just take a deep breath, get some really good advice” because if your ultimate objective is to internationalise your kids’ life and their earnings and their nationality, you don’t have to relocate, just the kid has to and they can do it at the right time, which is, I think after they leave school.

It sounds very rational, very logical and he right thing to do, but when many of the South Africans that I’ve met who are living in the UK now, didn’t do it with that in mind, they had an incident, they had a blow up somewhere and emotions took over, that can be expensive.

Oh yes, no sure and I have the deepest sympathy for them, but again, I think if you are clear about what you’re wanting to achieve then what we are finding is it’s largely around the kids and it’s to give your kids the best possible outcome, well then think about a solution around the kids rather than you having to compromise financially, your lifestyle, etcetera.

Reg, to put that aside for a while, it is the kind of business that you’re involved in, are you finding, (to get back to what we started off with), that demand for your services from South Africa is growing?

Yes Alec, I think it is. We have a whole bunch of seminars coming up next month and we’re confident that we’re going to fill those rooms with people who are looking to internationalise themselves and actually each one of our businesses, we are seeing some good growth, we have pivoted our business towards South Africa and South Africans because we do recognise that it’s a pretty volatile time, both politically and economically.

Sadly, we’ve probably formed the view that we are bears in terms of what the next five or ten years might look like and I think that a reasonably well-to-do South African who is in a position to internationalise themselves whether it’s their wealth or their business, I think that they’re taking a long, hard look at that because I think that they are like that frog in a pot of boiling water, that water has suddenly become a bit hotter.

Reg Bamford is with the Sable Group.