JOBS: Pushed to the wall 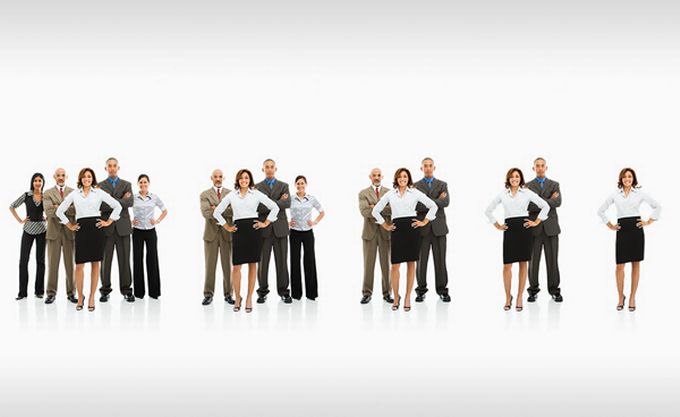 OVER the five years to 2013, small firms in SA have shed over 1m jobs. Most of these have been lower-paying jobs occupied by young people, but SA’s policymakers seem not to have noticed.

The National Development Plan (NDP) expects that 90% of the 11m new jobs it seeks to create by 2030 will be in small and expanding firms. However, if recent job trends are anything to go by, the NDP is woefully out of touch with reality.

Rather, it would appear from recent research that small firms are playing a less and less significant role in the SA economy.

These are the preliminary findings of Stellenbosch University economics professor Neil Rankin, best known for his research on how SA’s youth wage subsidy might affect employment.

Data from Stats SA’s Quarterly Labour Force survey (QLFS) indicates that by 2013 the economy had regained most of the jobs lost during the global financial crisis and the resulting recession. However, Rankin observes that this recovery seems to be driven exclusively by job creation in companies employing 50 or more people.

“These are real jobs in real businesses as opposed to jobs in informal survivalist enterprises or among people working in private households,” he noted in an exclusive interview with the Financial Mail.

QLFS wage data suggests that much of the decrease in small-firm employment involved jobs that paid less than R4 000/month (in 2012 prices).

“If this QLFS data is a true reflection of underlying trends, it paints a very disturbing picture: lower-paid jobs in smaller firms are vanishing at a rapid rate,” explains Rankin. “The idea that small firms will provide most of the new jobs that the NDP promises is like the story of the emperor who had no clothes, but no-one is prepared to say this expectation is a farce. The data suggests that small firms are in fact playing a smaller and smaller role in the SA economy.”

Some might argue that since the jobs lost are being replaced by job gains in large firms there is nothing to worry about. However, recent employment trends suggest that many of these large-firm jobs are likely to have been created in government.

Another counter-argument is that small-firm employment may have rebounded since early 2013. Rankin concedes some job creation may have occurred in small firms since then, but certainly nothing close to 1m-plus jobs.

It is also possible that the substantial reduction in lower-wage, small-firm jobs may just have been a response to the global financial crisis. However, Rankin cites several pieces of evidence that suggest it is part of a broader structural shift and, hence, reflective of a more permanent change.

First, his data fits well with findings by researchers Andrew Kerr and Martin Wittenberg from the University of Cape Town, based on a different data source, Stats SA’s Quarterly Employment Statistics survey.

In a paper with independent statistician Jairo Arrow, published in the SA Journal of Economics earlier this year, they show that between 2006 and 2011 net job creation in the formal nonagricultural sector was negative in firms with fewer than 500 employees. But perhaps their most interesting finding is that larger firms are better net creators of jobs than small firms. This, they say, “suggests that the expectation of the National Planning Commission that small and medium-sized firms will be the primary driver of employment growth in the future is misplaced”.

Second, data from the manufacturing sector before the global financial crisis also suggests that smaller, lower-paying, more labour-intensive firms were more likely to exit the sector than larger ones.

Rankin finds a correlation between the manufacturing firms closing down and their being covered by bargaining council agreements, as well as facing high import competition.

“One explanation,” says Rankin, “is that these smaller firms are failing because they are not able to adjust their wages down in response to competition because they are bound by inflexible bargaining council wage agreements.”

In bargaining councils, a small group of typically large firms determines wage rates which are then extended to the whole sector, including those not directly party to the agreement. This forces those smaller firms that cannot afford above-median wage rates to close unless they can shift to a more capital-intensive approach.

But wages are just one factor inhibiting the survival of small firms.

The SME growth index, compiled by the Johannesburg-based NGO the Small Business Project (SBP), based on feedback from 500 small businesses, shows that small firms spend an average of eight working days a month dealing with red tape. Taxes, labour and black economic empowerment issues are identified as the most time-consuming.

Based on hourly rates calculated by the Davis Tax Committee, the SBP estimates that this equates to roughly R18 000 a month or R216 000 a year of management time. If a company turns over R5m, this represents a “staggering” 4% of turnover, says SBP CE Chris Darroll.

Darroll also draws attention to the latest Global Entrepreneurship Monitor (2013) statistics which show that there are more established small businesses closing down in SA than new SMEs being founded.

The Davis Tax Committee’s interim report on SMEs also flags the declining share of SME investment in the economy — from 12,9% of total investment by nonfinancial corporates in 2010 to 8,5% in 2012.

If all these observed trends do indeed mean that SA is experiencing a broader structural shift towards fewer small-firm jobs, then policymakers need to get back to the drawing board.

It clearly has implications for the current national minimum wage debate, since it is small firms employing low-paid workers that would bear the brunt of any attempt to raise minimum wages across the board.

Lindiwe Zulu, the new minister of small business development, told Business Day last week that she was “pushing hard” for a quick process to review legislation that may be stifling small firms, including the Small Enterprises Act.